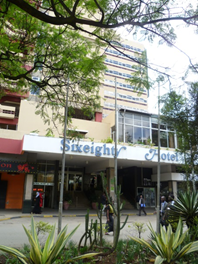 This year’s AGM took place at the Sixeighty Hotel, Nairobi on 7th December. The AGM is always an important occasion for IGI, as it is the one time in the year when leaders from countries across Africa can meet together, share experience and plan for the future.

Highlights included detailed reports from most of the countries where IGI is active, including comprehensive reports on the spread of the CTAs in Kenya, empowering people to hold the local authorities to account, and the continuing successful rooting out of corruption in Cameroon.

There were also reports from Martin from eastern Congo (DRC), Hilaire from Rwanda, and Habiba representing the work in Somalia.

Much of the afternoon was taken up by useful and interesting workshops looking at the way forward for IGI, including the potential to develop joint projects leveraging our experience across more than one African country.

Some of the reports can be read by following the links below. These include a report from Somalia, which alongside Nigeria was one of the two branches of IGI newly established in 2013.

Keynote video from the UK Trustees:
What IGI means…

The afternoon workshop, enabling delegates to engage actively in small groups, focussed on strengths, weaknesses and opportunities for IGI.

It identified areas where we could develop joint projects across several countries of the IGI family. But it also pointed up some of the difficulties and issues around such bigger projects.

Such potential projects include corruption in education and embezzlement of public funds – both areas where IGI has meaningful experience – as well as employment policies, immigration, health and policing. 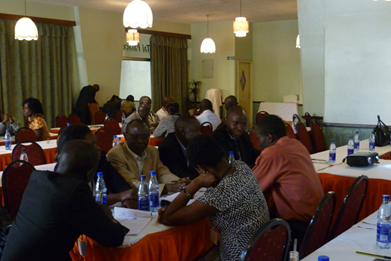 It was clear that developing joint projects would require changes to the way IGI as a whole operates and more central resources.

Formal business included presentation of accounts and the re-election of John Muketha and Paul New for further five-year stints as Trustees. Turnover for 2012-13 at around 11,000 GBP (central IGI only) was similar to the previous year.

The question-time highlighted the way further growth in the fight against corruption is being hindered by lack of donor funding. The task of fighting for integrity in public life remains huge and pressing – in Africa, as elsewhere. The enthusiasm and vision is there. We now need to find the resources to realise the vision.