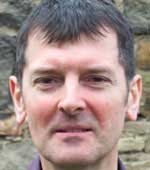 Paul has held professional and management roles in engineering and project management over forty years in the  private and public sectors.  He currently manages projects in transport infrastructure, based in London.

Familiar with ethical issues around corporate governance, financial management and contractual relationships, he also has interests in political ethics.    Paul has been a Christian for many years and is a member of St Helens, Bishopsgate, London, UK.    He is married, with two adult children.  Paul has academic qualifications in science, business administration and theology. 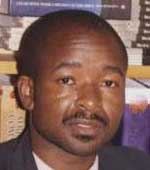 Born and raised in Lugari, Kakamega County of Kenya and founded the International Governance Institute, while a student at the University of Nairobi.

He has served as General Secretary to to the UK-based Board of Trustees of IGI since its inception.  He has over fifteen years experience as an International Consultant in the design and review of government policies and programmes that include inter alia public administration reform, economic management and reform, rule of law, parliamentary development, electoral systems and processes, decentralization and local governance, crisis management prevention and recovery, institutional development and management of human resources for various African countries.  His clients include local and international agencies, such as the Global Integrity Inc.(Washington DC); World Wide Web Foundation (Geneva); The World Bank (Washington DC); Foglamp, Inc (New York); World Vision (Australia) and Oxfam Novib (Netherlands). 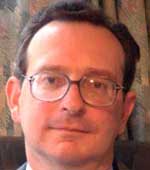 Ian Leigh is Professor of Law at the University of Durham and Co-Director of the Durham Human Rights Centre, in the UK. He has held appointments at several universities, including visiting appointments at Osgoode Hall Law School, Ontario and the University of Otago, New Zealand. He is also a non-practicing Solicitor, having previously worked with a large district council, advising especially on planning and housing law.

His experience of professional development includes work in training judges (Judicial Studies Board), senior police officers (Police Foundation), barristers, magistrates, civil servants, and parliamentary officials, both in the UK and other countries. He is a member of the Lord Chancellor’s Advisory Committee on Justices of the Peace for Newcastle upon Tyne.

Leigh has given expert evidence to parliamentarians in the UK, at the Ukrainian Rada, in the Commonwealth of Independent States Parliamentary Assembly, in Macedonia, and in Canada. His policy-related work with NGOs and international organizations includes projects sponsored by Justice (the British branch of ICJ), the Christian Institute, Democratic Audit, the Rutherford Institute, Auditor-General Canada, the Local Government Information Unit, the Northern Ireland Review of Public Administration, the Geneva Center for Democratic Control of Armed Forces and the Organization of Security and Cooperation in Europe (Office of Democratic Institutions and Human Rights), and the Council of Europe.

He is author of several books on public law and human rights and numerous articles in legal and other journals. 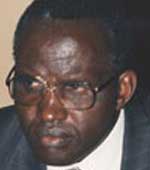 John holds a B.A in Education and an M.A in Economics, both from the University of Nairobi. He has had a number of study tours including to the World Bank Institute in Washington USA, Bradford, Leeds and Birmingham Universities in the UK, Central College of Commerce in Scotland, Civil Service College in the UK, Indian Institute of Public Administration and Civil Service College in Singapore, Carl Vinson Institute of Government, University of Georgia.

He has done training consultancies with various Kenya government ministries including the Office of the President, Office of the Vice-President and Ministry of Planning and National Development and Kenya Bureau of Standards. He has been a Lead Consultant in various projects involving UNPFA, UNICEF, AMREF, ACTION-AID Kenya, ACTION-AID Uganda, ILO-IPEC, AITEC and OXFAM-America.

As a career civil servant, he has been a senior lecturer, head of department and later, acting Director ofthe Kenya Institute of Administration. He has recently retired as a Commissioner with the Public Service Commission of Kenya.

John has been a Christian for many years and he is a member and deacon at the Trinity Baptist Church in Nairobi. He is married to Ruth and they have four children.